I explained to my friend that I was looking for some honest insight into the Ashkenazi mindset regarding diversity within the Jewish community. Because he is a white male who represents the “majority” mindset of the Jewish community, I thought he might have some interesting opinions about the question of diversity and inclusion. He was quick to point out that his perspective is that of an upper middle-class, white male and so his opinions may not represent the opinions of the entire community. Our conversation was nonetheless very interesting and enlightening.

According to him, the largest “diverse” population within the Jewish community in Montreal is the Moroccan community. In fact, he said, this may be the only diversity about which people are aware with the Jewish population in Montreal. He stated that he has the impression that the Ashkenazi community is a very aging population in the city. Many of the younger people fled the city in the early 1980s based on Canadian politics and the ongoing talk of referendums and the resulting strict language laws – and many of his peers took the trip down Highway 401 to become an integral part of the Toronto Jewish scene. As a result, he said, much of the Jewish community they left behind is aging and dwindling. Some Ashkenazi synagogues are closing and being taken over by the Sephardic movement.

I wondered if Jewish Montreal “disapproves” of the idea of diversity or Jews of Colour within the Jewish community, but my friend doesn’t think that is the case. Instead, he wonders if the population of Ashkenazi Jews in the city has had to “close ranks” – in some ways to survive – and thus the notion of “other” may be contrary to this. Again, the only real diversity that he ever knew growing up was Moroccan diversity, but I explained to him that Jews of Colour encompasses a much wider group of Jews from around the world.

I asked my friend to help me understand the best way to reach the Ashkenazi population about Jewish diversity in ways that they can best understand the issues. In his opinion, the issue has to be approached by appealing to people’s heart rather than approaching the issue as a “social construct”. It feels this is best done through face-to-face interviews and conversations with people, and through this website forum and blogs such as this one.

Great insights into the Ashkenazi population in Montreal. 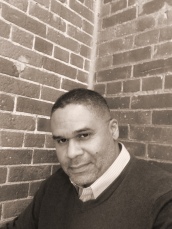